We recently took a 12 day trip to Italy.  Looking back, we should have done longer, but the amount we accomplished in the time we were there was staggering.  Although finding craft brew in Italy was tough, it was not impossible.

Our visit included 3 nights in Venice, 3 nights in Florence, 2 nights in Cinque Terra, and 2 nights in Rome (travel time knocked off essentially 2 days).  We also had a 7 hour layover, which allowed some time to hop into London and get a brew.

In short, Rome had the best beer scene, Florence seemed to have a growing one, Cinque Terre had one good beer bar, and Venice was…tough. I will go through each city in the order we visited.

The second half of our trip began in Cinque Terre, and specifically Vernazza.  I did not have high hopes for finding any craft beer in Cinque Terre but was pleasantly surprised.

Rick Steves has apparently hyped Cinque Terre so much that it has been ruined and overrun by tourists, but fortunately we were not there in the peak of the high season so it did not seem to bad to us.

Cinque Terre is remarkably beautiful.  The 5 tiny towns all have their own individual charm and unique attributes, but Vernazza (where my wife made sure we stayed as it was her favorite town when she visited years ago) was the best.  Vernazza was not the largest city, but the most charming.  The food was fantastic, and it was fun to see the same locals every night when most of the tourists were gone.

We stayed in the La Marina Rooms, and specifically the Apartment Piazza Marconi.  We really wanted a balcony here, but even when booking 4 months in advance all the good balcony rooms were booked up.  However, in the end I think we lucked out, as our apartment was ideally located (very close to town, only a few flights of stairs) and had an incredible view of the piazza and harbor/bay.  It was a good sized room as well, comfy bed, and Cristian (the host) was great.

We only had 2 nights in CT, so we immediately got to work on hiking.  For those that do not know, CT is a series of 5 towns with hikes between each town (many of which skirt the ocean).  The first afternoon we did a hike from Vernazza to Monterossa, which was incredible.  The view looking back at Vernazza is one of the more famous sights in CT for good reason. 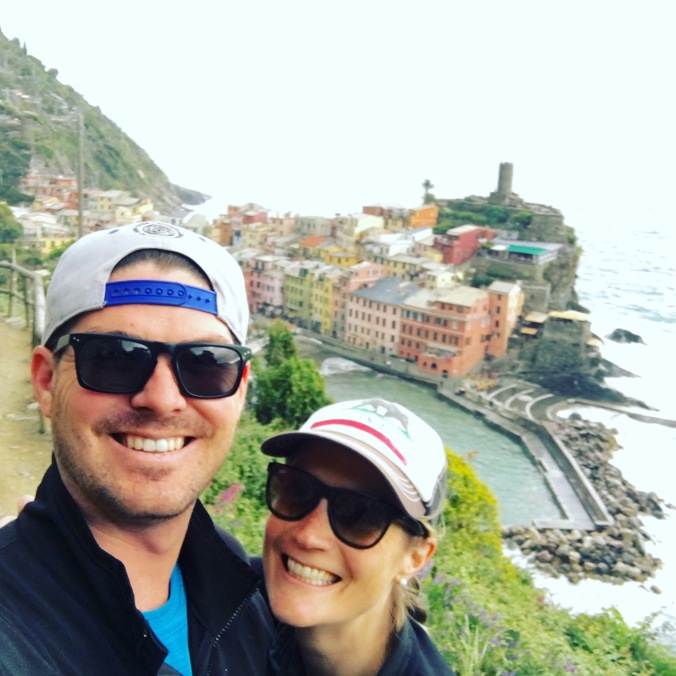 The hike was a decent one, apparently the longest distance of all the hikes between towns IF the main trails are open.  Incredible views all along and some decent climbs, especially at the beginning.  The two unique parts of this hike were the random cat “homes,” where several cat houses with pictures and names of the cats posted, and the gregarious Italian man selling homemade limoncello and wine out of a tiny, basically fenced in cage right off of his property along the trail.  The wine and limoncello were actually very good, and after traveling in the morning and hiking a few miles, gave a little buzz. 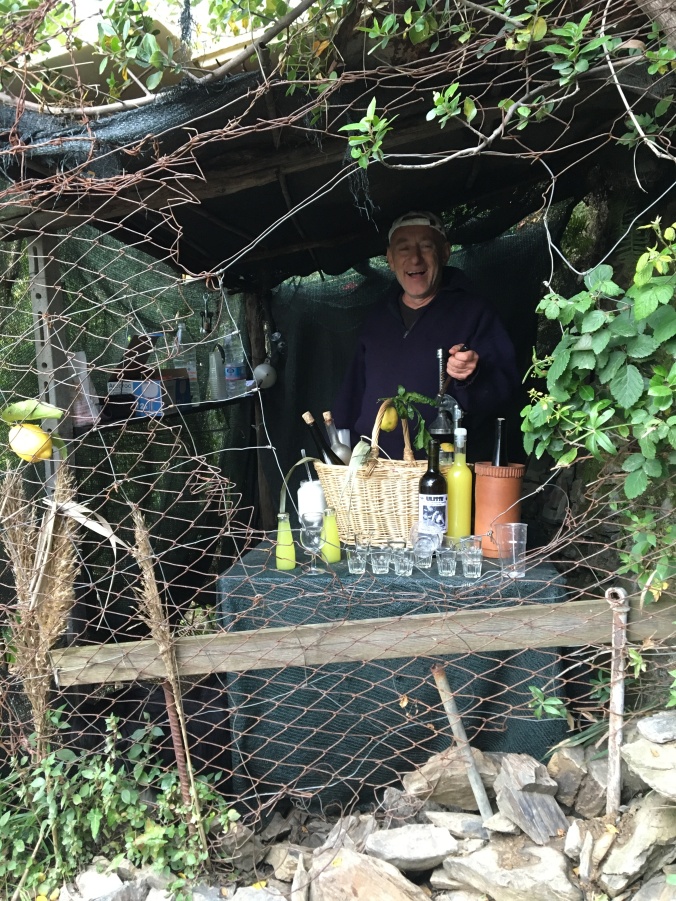 The hike ended in Monterossa, the largest town, and considered the “resorty” one.  As it was early evening, the crowds had died down.  However, we were getting hungry so did not stay long, only grabbing a beer right by the train station while we waiting for a 3 minute train tide back to Vernazza.  The view was not bad!

Evening in Vernazza was our favorite time.  The cruise/day trippers were gone, and the town was quiet but had enough restaurants and bars open to have some variety.  Cinque Terre/Liguria is apparently known for their pesto and trofie, which is a sort of pasta/gnocchi hybrid.  We ate at Trattoria de Sandro the first night, on the main drag, seemingly built into the hills.  The food was phenomenal.  We got the trofie with pesto and a ravioli in walnut sauce that was unreal.  https://www.yelp.com/biz/trattoria-da-sandro-vernazza

We followed dinner with a few drinks at the Marlin Bar, which has a younger crowd, lively and entertaining bartenders, and locals.  Nothing special on the beers, so I went with the local grappa (well, I had one then went to beer, it was not my jam).

The next day had our serious hiking.  We intended to hike from Vernazza to Riomaggiore and back.  In normal conditions, this is apparently doable, however the main trails were closed between all Vernazza, Corniglia, Manarola and Riomaggiore, meaning we had to hike a much tougher path.  We are regular hikers and in pretty decent shape, but the hills between some of the towns were intense!  It was a great day of hiking, but going there and back was not going to happen, so we ended up training back to Vernazza from Riomaggiore. 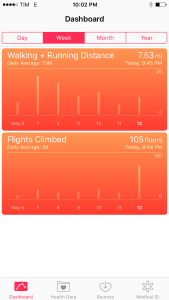 (the distance was not the bad part, the floors were!  This only counts floors up, and at times going downhill was just as tough)

Some of the highlights were a sour lemon granita in Corniglia at Alberrtos (https://www.yelp.com/biz/alberto-gelateria-corniglia?osq=granita), a pesto foccaccia in a little shop in Manarola (which was my second favorite town), and just the incredible views while hiking through vineyards.  It was a fantastic day, despite the overcast weather (doing this hike in the heart of summer would be brutal though).

Vernazza in the Cinque Terre made for a perfect few days away from the hustle of the big cities with some incredible hiking. Making sure to rep #clippernation while here. #Italy #cinqueterre #travel @clipssection114 @laclippers

That night we wanted to go to Belforte, the restaurant on the rocks above the bay in Vernazza, but weather forced it to close.  Again, Vernazza had plenty of options, so we were quite alright eating elsewhere.

However, before dinner, we had the  biggest surprise of our time in Vernazza, finding a bar with a big selection of craft beer!  Right on the main square was Burgus, a small bar with just a few seats inside and a few more outside.  However, they had at least 10 different Italian craft beers in bottles, which was a rare find.  I enjoyed a few that night and could not have been happier with our pre-dinner drinks (https://www.yelp.com/biz/burgus-vernazza).

The Canediguerra American IPA was possibly the best beer I had in Italy, and the view was not bad either.  The other beers were ok, but at least I was able to try some new stuff! 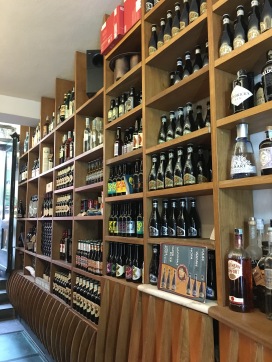 We finished our last night in Vernazza with dinner at Gambero Rosso, which was apparently the “expensive” restaurant.  Well, we polished of two carafes of excellent wine, I went with the lobster pasta which was out of this world, and the wife got the trofie again, which was excellent, again.  Throw in a salad and appetizer and our bill was still right at $100.  This would have cost twice as much in SF.  The atmosphere was great, and all in all a fantastic meal.

Two nights in Vernazza ended up being the perfect amount of time.  Some relaxation, beautiful hiking, and excellent food.  One night would not have been enough, 3 may have been a bit too many (especially given the weather was a bit hit and miss while we were there).  We set off early for our 5 hour train ride to anticipating 2 hectic days.

A few (of our countless) pics from the hikes: 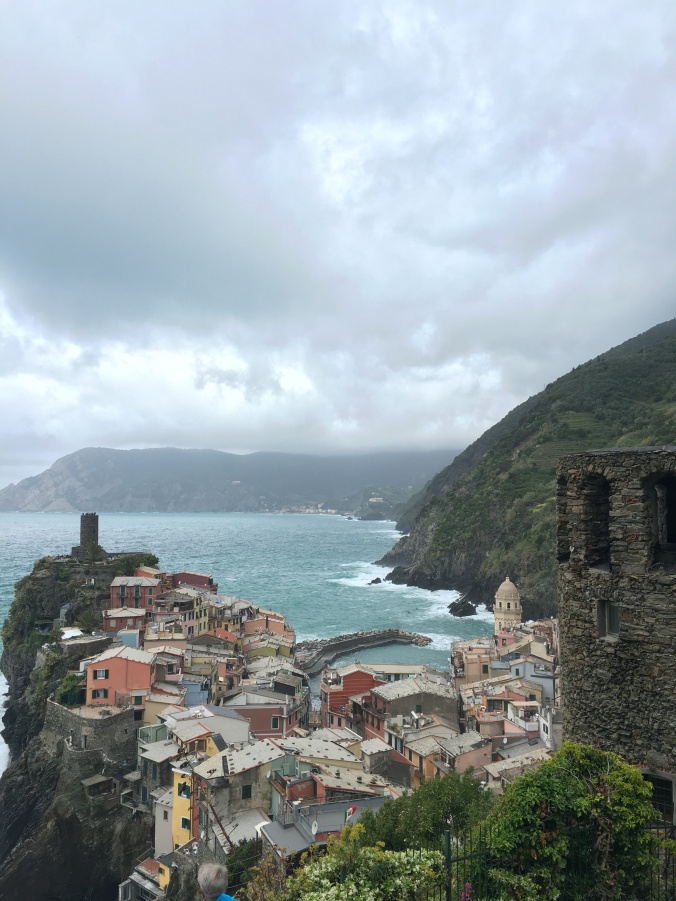